Home
Guides
Darts Life and Career
How Much Do Professional Darts Players Earn? How Do They Get Paid?

How Much Do Professional Darts Players Earn? How Do They Get Paid?

The income gap between professional darts players can be huge. The top world-class players can make up to millions meanwhile others earn just enough. It really depends on the skillset and popularity.

This blog will give you some insights into how darts professionals typically get paid, the income they make, and whether going pro is worth it financially. How Do Professional Darts Players Get Paid?

Professional darts players can earn money playing professional international tournaments. For example, the World Championship 2022 hosted by the Professional Darts Corporation (PDC) offered a prize pool of £2,500,000. Not to mention other extra prizes like a 9-dart finish reward, which was £100,000.

Peter Wright won the World Championship in 2022 for the second time in his career, defeating Michael Smith 7–5 in the final and earned £500,000 – From Wikipedia

Besides the World Championship, PDC also organizes many big and small tournaments throughout the year with different prizes to inspire players and their passion for darts all over the world. The Players Championship series, for instance, takes place multiple times a year and offers prize money at £75,000 per event.

In addition to the PDC-hosted tournaments, players can join tournaments from other organizations like the World Darts Federation or local competitions. For example, there are many small and regional tournaments in the UK with prize money varying from £200 to £1,000. These are perfect if you want to start your professional career.

Well-known players can also enjoy benefits and even earn more income from sponsorship. It can be product sponsorship, financial sponsorship, or even a percentage deal. The more skilled and popular the players are, the bigger the sponsorship gets. It’s really common for brands or businesses to pay for high-profile players’ expenses when they travel worldwide for tournaments.

Doing exhibition matches or local guest appearances is another typical way for professionals to earn income. Depending on how big the exhibition is, how well it’s promoted, and the player’s profile, the payment can vary from a few hundred to thousands of dollars.

How Much Do Professional Darts Players Earn?

The income of professional darts players depends on their profile, skills, and popularity. For mid or low-ranked players, it’s hard to say how much they earn since the amount is not officially recorded. It depends on the tournaments they’re participating in as well as Exhibition matches and sponsorships they get.

For top-ranked players, we can refer to the PDC Order of Merit index which indicates the prize money the top professionals won over two years from PDC official tournaments. Here are the top 10 (as of November 2022):

Who Is The Highest-Paid Dart Player?

The most-paid darts player has been Gerwyn Price for the last 2 years. However, if we’re talking about the highest-paid player of all time, it is Michael Van Gerwen (£8,571,167) according to the article on Sportbible.com published in January 2022.

Michael Van Gerwen was born in the Netherlands and is a professional athlete. He became the youngest to win the World Masters with a 2006 victory at 17. He won his first PDC flagship event at the 2012 World Grand Prix. 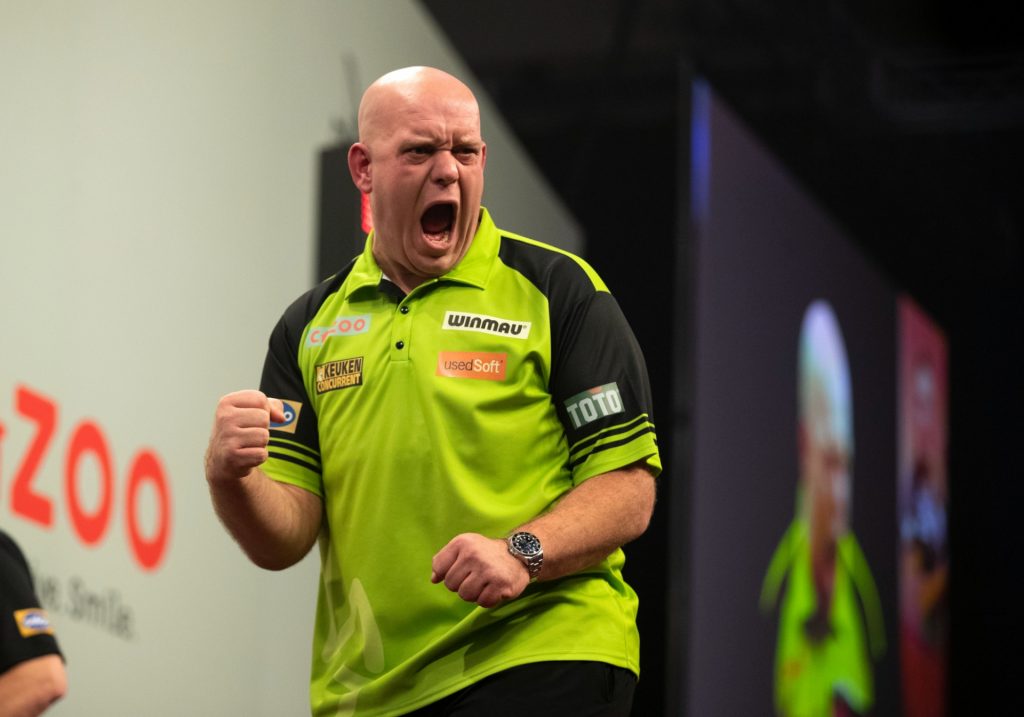 Yes, darts players still have to pay taxes for their prize money. The money is considered taxable income and will be taxed at an applicable rate according to the tax regulations where they live.

Can You Make A Living From Darts?

You can make money playing darts if you are a top professional. Most of the top 10 players are millionaires.

However, if you are low-ranked, then probably not. According to the calculation, the annual average prize money of the darts players ranked from 11 to 159 in the PDC Order of Merit is around £28,000. This amount is just slightly higher than the UK average salary, which is around £27,000. This does not take into account the expenses for travel, accommodation, taxes, and equipment.

Our advice is if you want to go pro, start with small tournaments and earn small prize money. Keep it as a side hustle until you’re financially confident to go full-time professional.

Now you know how much professional darts players earn. They can make little to a ridiculous amount of money based on their skillset and popularity. The main income sources come from prize money from tournaments, sponsorship, and exhibitions or guest appearances.