Home
Guides
Darts Game
How to Play Golf Darts Game: Everything You Should Know

Want to find a quick and simple game that appeals to everyone? Nothing is better than golf darts, which have enjoyed massive popularity for decades! With barely any requirement for complex skills and knowledge, it will be a terrific ice breaker for grand parties or get-togethers.

This article will guide you on how to play golf darts game. These rules are pretty straightforward! Keep scrolling to learn more. 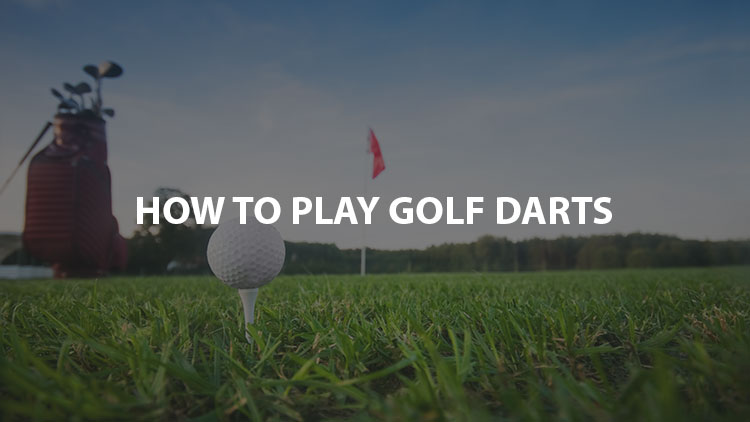 How to Play Golf Darts Game

There are no fixed rules regarding the number of participants, so feel free to be flexible here! Also, there’s no need to decide the playing order for this game.

There are two common options: 9 and 18 rounds. The latter is quite long, so if you play in a large group, go for the former.

Like traditional golf, the objective of this darts game is to get the least “strokes” at the end (you can understand “strokes” as “points”).

Scoring in a Golf Darts Game

For the new darts players, there are multiple segments to hit for a number on the board, as shown in the image below: In each round, every player can throw three times (or three darts) at maximum. You can stop throwing after the first or second dart. There’s no need to use up all three. Only the last thrown dart in a turn counts.

Once a player announces his turn has ended (or has used up all three darts), the following player will step up to start their turn.

For example, in round one, you hit a double-1 with your first dart, you get 1 stroke. You immediately announce your turn ends (since you get the lowest stroke possible for round 1). In round 2, you hit a triple 1, triple 20, and double 4, you get 5 strokes (since you miss the target number 2 with all three darts). Your total strokes are now 6.

The one who gets the least strokes after all the rounds will be the winner.

How to Keep Track of Scores in a Golf Darts Game

Options for score tracking are endless. Here’s a simple way to do it. Write everyone’s names at the top. In the left column, jot down all the round numbers (ex: 1-9).

Once the game rolls, mark each person’s total score under their respective names after their turn. When the game finishes, compare the numbers accumulated in the final round to determine the champion.

Know your strengths: Remember that missing the targets would cost you five points. Instead of always aiming for the best section (the double), it might be better to play it safe and focus on a spot that you are certain you can hit.

Keep track of others’ scores: always watch other people’s scores to decide on your next moves. Suppose you are far ahead compared to everyone else; then it’s time to stop doing risky shots and focus on maintaining your No.1 spot instead. But if you still lag behind other players, change your aims for double sections

That’s everything there is to know regarding how to play golf darts game. Straightforward and easy, right? Good luck with your scores, and feel free to ask us for help if needed!