Home
Guides
General
What Is A Robin Hood In Darts? Does It Score Points?

What Is A Robin Hood In Darts? Does It Score Points?

There are a lot of darts slangs and Robin Hood is one of them. If you are a beginner and don’t know this term. No worries. We will explain everything you need to know about it. What Is a Robin Hood In Darts?

A Robin Hood is when you throw a dart and it sticks to another dart that already stays on the board. It normally sticks on the shaft or flight of the previous dart.

Does a Robin Hood Score Points in Darts?

You won’t get any scored points if you get a Robin Hood in darts. According to the rules, you only score points when a dart’s tip hits and stays on the dartboard.

However, a Robin Hood counts as a throw. You cannot re-throw the dart that gets you a Robin Hood.

The same applies for electronic dartboards. It’s very rare that a Robin Hood happens with soft-tip darts. In order to score points on an electronic board, a dart must hit the holes on the surface. So, a Robin Hood doesn’t give any scores.

What Is A Double Or Triple Robin Hood?

There hasn’t been any official definition of a double or triple Robin Hood in darts. But they both refer to the same scenario. It is when you hit a second dart on the first dart, and then a third one on the second one.

How Rare Is a Robin Hood in Darts?

A casual player barely experiences a Robin Hood in playing darts on purpose or by accident.

Even in professional competitions where hundreds of darts are thrown, you also rarely witness a Robin Hood. The reason is that a Robin Hood means a pointless throw. It’s often performed by professionals for a throwing exhibition.

Why Are Robin Hoods Not Good in Darts?

You can perform a Robin Hoods to show off your throwing skills and accuracy. But it can harm your darts, the flights and shafts due to the impact of the hits. And since it doesn’t score any points, it’s meaningless to perform a Robin Hood during a game.

The best way to prevent a Robin Hood is don’t try to get one. Also, you can place a flight protector on the end of a dart to prevent another dart from penetrating and attaching to it.

You now have the answer to the question of what a Robin Hood is. While it’s rare and you can try to practice it as a trick to prove your throwing skills, you shouldn’t perform it regularly during plays since a Robin Hood doesn’t give you any points and may harm your darts. 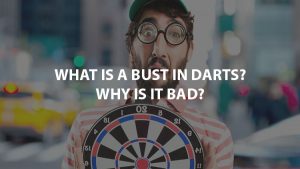 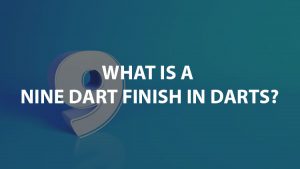